★★★★★ Witty, performed with dash and style, and the tonic one needs these dismal days. The athletic choreography devised by their director is stunning, and they can all sing. Camp, but clever, it contains nothing that would cause Aunt Edna to blush, and deserves to run and run.
ReviewsGate

★★★★ a lot of good clean fun. There is plenty of talent on display and the six guys perform splendidly
London Living Large

★★★★ It’s  great fun and I left the theatre with a smile on my face.
LondonTheatre1

The title says it all in the international smash hit musical comedy Naked Boys Singing!

This hilarious musical revue features 15 original songs, a bevy of gorgeous and talented men, and no clothes – a winning combination if ever there was one!  From the sassy opening number “Gratuitous Nudity” to the screamingly funny “Bliss of a Bris”, audiences and critics the world over have hailed Naked Boys Singing! a sure-fire crowd-pleaser.

Originating at the Celebration Theatre in Los Angeles, this campy musical comedy opened Off-Broadway in 1999 and ran for over twelve years.

Shortly after the original Off-Broadway closed, the smash hit Provincetown adaption of Naked Boys Singing! transferred to the Off Broadway stage where it is still enjoying a healthy run today.

“Talk about a show with balls!” – Time Out

Produced by Peter Bull for LAMBCO Productions in association with The King’s Head Theatre.

Peter Bull has been announced as the 13th Artistic Associate Producer at the King’s Head Theatre.

Worldwide includes Mikado in Brisbane, Sydney and LA, Elvis the Musical in Vancouver and Sydney, countless trade shows from Iceland to the Bahamas, and Resident Director for Starlight Express in Japan and Australia. 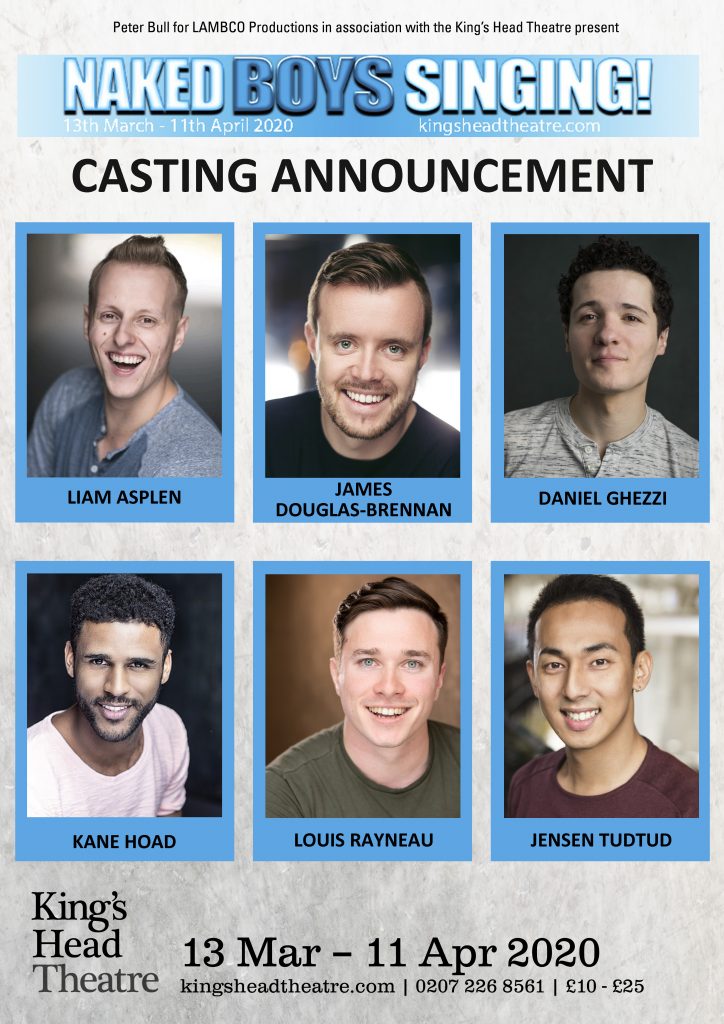